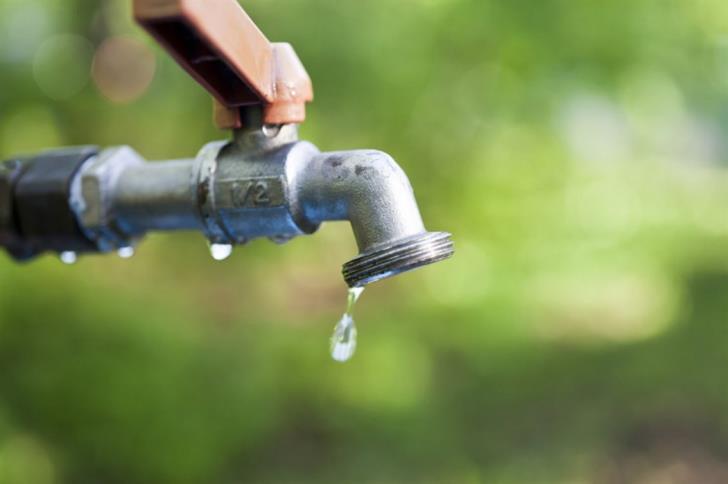 Did you know that you can reduce your household dependence on main water systems by 70% with the collection of rainwater from rooftops and a water storage solution?

Rainwater is pure and inexpensive, and it does not contain harmful contaminants or chemicals. Then why pay for something that is naturally for free?

The Home Tank is an elegant yet practical zincalume rainwater harvesting tank that can be used to create a constant water supply. Therefore, conserving and recycling rainwater is now so much easier for the discerning homeowner to help manage water with flair.

The harvested rainwater can then be used to irrigate the garden, top up the swimming pool, wash the car, etc. Rainwater is clean enough to be plumbed into your house with very little extra filtration required.

The narrow and round design of the tank is perfect for urban areas where space is a major concern. Unlike traditional tanks, the Home Tank will not block walkways. The Home Tank can be placed against virtually any wall of your house. Simply divert a gutter down pipe directly above the tank’s filter screen to safely collect rainwater from your roof into the water storage tank. The revolutionary rainwater storage tank was designed primarily to harvest rainwater gathered from any roof structure.

How can cities around the world and their citizens avoid a water scarcity crisis?

In Chennai and Harare today, millions of Indians and Zimbabweans find themselves short of water. History, unfortunately, is repeating. São Paulo, in 2014, nearly drained its main reservoir as officials sluggishly responded to a drought. Cape Town came close to doing the same in 2018 when dry weather exposed the fragility of a water system that relied primarily on rainfall.

What is the next center of population and commerce to be roiled by a severely constricted water supply? It’s an urgent question. Climate change is loosening the bounds of the possible, for both flood and drought. Dry taps can trigger disease outbreaks and violent confrontations for scarce water. Shortages erode business confidence and economic output, while adding stress to the lives of residents. And yet, according to water researchers, advance warning of urban water crises — the failures that could arise in specific cities in the next few months or two years — has proved achingly elusive to forecast globally with analytical rigor and accuracy.

The stakes for accurate assessments couldn’t be higher.

One can think of a city’s water risk in terms of chronic and acute – Acute risks, like a heart attack, sends someone to the hospital and requires immediate attention. For a city’s water supply, low reservoirs can be a triggering event, literally the equivalent of a heart attack.

Chronic risks are risks that will ultimately cause a crisis. Basic hydrology is one such factor. Cities in dry areas have a fundamental water supply risk. In other areas, incremental changes in water availability may be a slow-developing vulnerability. The chronic risk may not necessarily turn into an acute crisis overnight, but that depends on how the city’s managers respond to its environment.

Risk forecasting tools generally do not consider the infrastructure that moves water between basins or augments supplies through recycling or desalination. These investments can buffer a city against the constraints of its physical environment.

Both Chennai in India and Los Angeles in the USA is rated as extremely water stressed cities. Los Angeles gets only one-third of the rainfall of Chennai, but America’s second-largest city did not have to deliver drinking water in tanker trucks during California’s recent severe drought. Chennai’s failure, argues Upmanu Lall, a Columbia University professor who works on water risk in India, is that the city allowed its water infrastructure to degrade. Decades of development and urban growth destroyed water-absorbing wetlands while storage tanks were not maintained. Distribution pipes leak water before it reaches homes. Infrastructure failures are the problem, even in areas where there is no shortage of rain. Another shortcoming is data: how much water is used, who is using it, and how much is lost to leaks. The question that must be asked is if we still have the actual (not theoretical) ability in South Africa to forecast demand, or if we even know the real current demand on our ailing infrastructure. If the current neglect of infrastructure is not addressed urgently, the water scarcity risk in most of South African municipalities is exacerbated daily.

The current political arena where it is seemingly the order of the day to lose funds to corruption, instead of utilising the funds for maintenance and expansion of infrastructure, as well as a lack of political will, accompanied by ignorance of not understanding the water cycle with associated lack of planning has turned South Africa’s chronic water scarcity risks into acute risks.

When water supplies shrink to the point where there is not enough for all demands water allocation becomes a political power play. Who will get water and at what cost? The risk will suddenly become very personal.
People make the mistake of thinking that smart buzz words like “integrated water resources management” is an actual thing that will shield them from a water scarcity crisis in an urban area. It is in fact more a way of life and a process. The important thing is that everybody from national government, through provincial government and local municipality level, down to individual level need to be working together in the process. If everyone doesn’t work together this is a crisis that will not go away by itself. Maybe we should start planning on an individual level for the day that the taps could (would?) run dry and put those plans in action by installing rainwater harvesting systems to wean us from our dependency on an ailing water supply system.