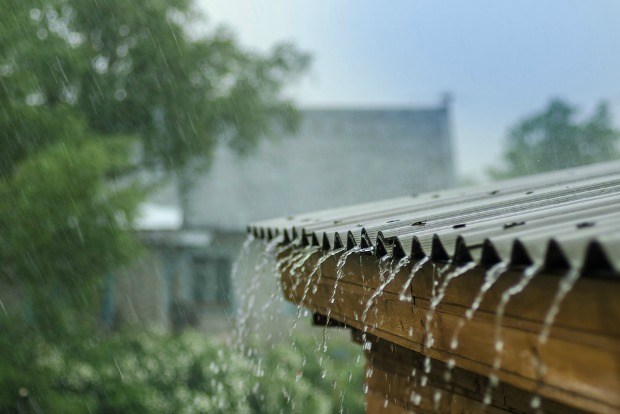 Southern Africa is a region that is naturally prone to droughts and these can become extreme when they happen to coincide with the phenomenon known as El Niňo. Such an event last occurred during the period from 2015 to 2016 and its lingering effects almost spelt disaster for the citizens of Cape Town, sparking the need to install a temporary desalination plant as the city came ever closer to seeing its taps run dry. When it does rain, however, the value of that rainwater and the importance of tanks in which to harvest and store it cannot be underestimated. It is one of several measures that are becoming increasingly essential to maintain water security in our semi-arid nation.

Independent of natural events such as El Niňo, which occurs roughly every ten years, climate change driven by an escalating carbon footprint poses a day-to-day threat. Whether or not this may be the cause, those late-afternoon thunderstorms that cooled the air and filled our dams, and were a daily event during the summer months in Gauteng, have since become less common. Add to this the fact that, between its residents and its industries, the nation is now consuming water at an unprecedented rate, the need for more consumers to install rainwater tanks and to adopt other conservative measures could not be clearer.

The effects of drought are more far-reaching than many might believe. The water restrictions that prevent the use of hoses for watering the lawn and washing cars may be a nuisance, but the effect of shortages on farming has been a disaster. Once a net exporter of food, especially to bordering nations such as Zimbabwe and Botswana, during the latter months of 2016, the result of drought reversed that role to make South Africa a net importer of food. This underlines just how quickly drought could give rise to famine, again stressing the importance of rainwater tanks. However, this overnight reversal also poses a worrying question: “What if those countries we turned to, were also drought-stricken?”.

Under ideal circumstances, the combination of surface water and the grey and black wastewater that is conveyed by sewer systems until it finds its way to treatment plants should be sufficient to ensure an adequate supply of potable reserves. However, overburdened by rising demand and faced with sources depleted by drought, both natural and manmade, this is no longer the case. Despite all efforts, those potable reserves are continuing to diminish. So who should be installing rainwater tanks and what are their options?

The answer to the first part of that question is simple. Everyone who has sufficient space in which to install one and who can afford to do so would be doing both themselves and the nation a great favour. There are models to cater to all need. This includes the smaller domestic units, sufficient to supplement the needs of the average family, to those with the far greater capacity that is required by the nation’s farmers and heavy industries, plus just about everything in between.

In the domestic sector, the use of rainwater tanks offers two important benefits. Not only do they provide a valuable reserve source at a time when water restrictions may be in place but they can also help to reduce the monthly payments to your local municipality. If the local rainfall is a bit sparse at some stage, these vessels can be designed to also accept input from the municipal supply. In this way, you can ensure that, despite the vagaries of the climate, you will always have a reserve when you most need it.

Aquadam is a leading manufacturer of world-class rainwater tanks. Their robust construction combined with a potable liner, a range of shapes, sizes, and colours, suitable for surface or underground installation, makes them ideal for domestic use.