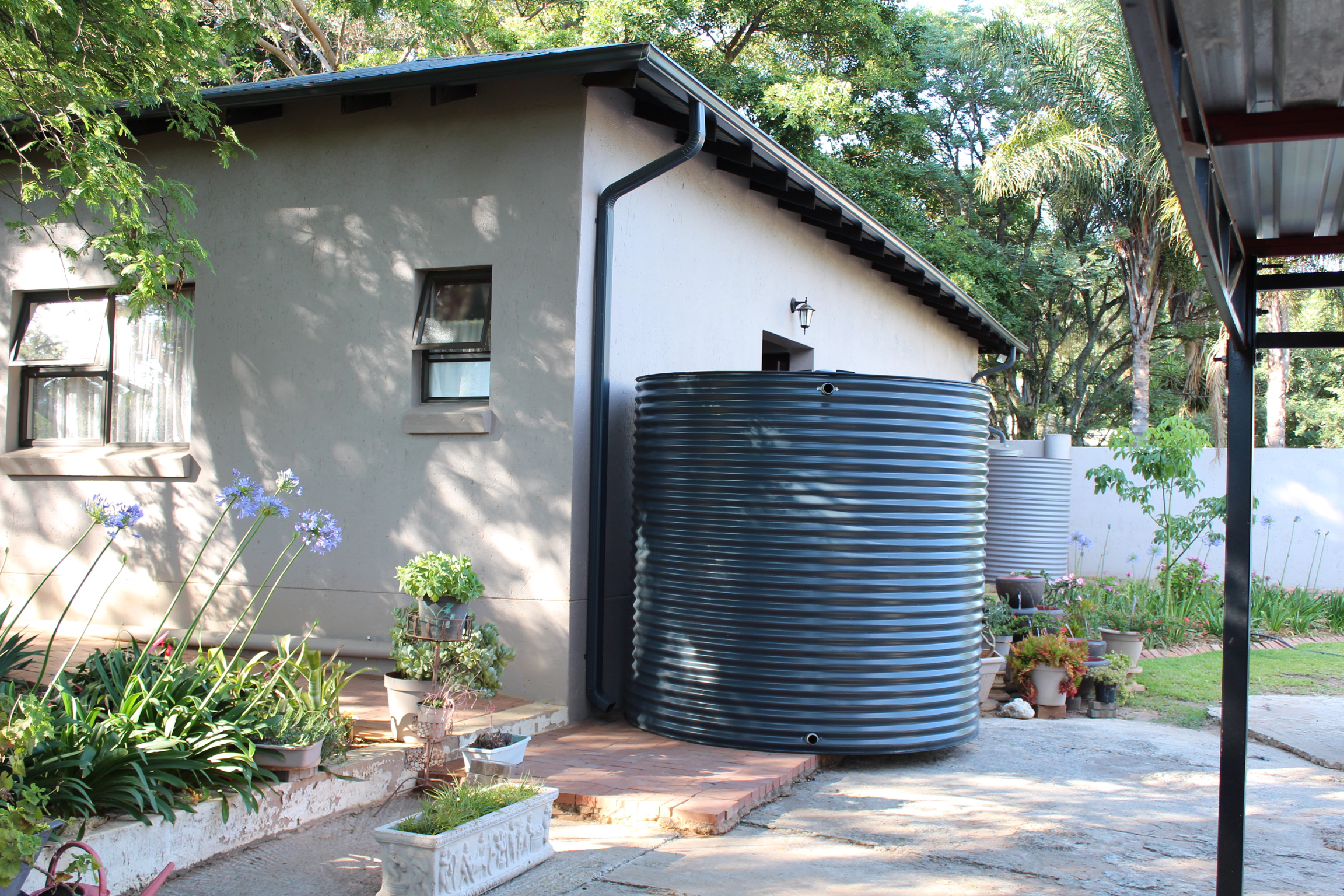 Water-Storage Tanks Could Save Cape Town from Crippling Droughts

The potentially devastating consequences of the severe drought conditions in the Western Cape during 2018, which could so easily have seen the taps in South Africa’s Mother City run dry, were only narrowly averted. While this might have been an occasion on which to express relief, this narrow escape is certainly not grounds for complacency. The problem is certain to recur and while a temporary distillation plant installed and operated at great expense to the local government and stringent rationing might have helped, any long-term solution will also require the cooperation of consumers. In practice, water-storage tanks seem likely to become vital to the future of Cape Town and perhaps other cities too.

Interestingly, the desalination project has recently been the subject of criticism for failing to supply a product of the quality agreed upon prior to its commissioning. Even if this were to be rectified, the need for a more permanent solution will remain and, while plans for a more efficient, permanent installation may be on the cards, this will take time and cost money. While the cash may be found, time is of the essence and so, in the interim, every drop of this precious commodity that can be conserved by the actions of consumers will be important.

To assist their efforts, water-storage tanks are destined to become an important weapon in the battle to preserve dwindling reserves in Cape Town. There are a number of ways in which these vessels can be used, depending on how their contents are to be sourced. Perhaps the simplest of these is as a means to harvest and store rainwater. Local rainfall has been unreliable, possibly as a consequence of the global climate change which is now becoming more widely accepted as a fact rather than the invention of alarmists. Nevertheless, the Western Cape is a winter-rainfall area and whenever precipitation does occur, it can be used to build a reserve supply that may later be used for a variety of household tasks.

Alternatively, water-storage tanks in Cape Town or any city or town can be used to store the output from a borehole. Strictly speaking, this cannot be described as a conservative measure in the most literal sense, as it involves subtraction of groundwater from a natural source in the form of an underground aquifer. Nevertheless, it is still a viable option that is open to residents with which to help reduce the ever-growing demand now being experienced by municipal treatment plants.

Without this type of consumer cooperation, they will have little alternative but to continue raising tariffs and enforcing usage restrictions in order to manage their limited reserves. Water collected in storage tanks in Cape Town or anywhere else, whether it is obtained from rain or an aquifer, is suitable for irrigating lawns, washing cars, topping up the pool, and many other similar tasks. However, with the addition of a compact treatment plant, the product can even be made fit for drinking and cooking purposes.

The third way in which these vessels may be used is as part of a domestic wastewater recycling project. In such schemes, all or part of the effluent from a home is diverted to an on-site treatment plant rather than consigned to the sewer system. The treated product, which may be derived from the treatment of grey and black wastewater, is colourless and odourless and when collected in suitable water-storage tanks, should resist the growth of algae and bacteria. As before, Cape Town residents who may want a potable product will need to install some additional treatment options.

As an expert in the field with the backing of almost 30 years of experience, Aquadam has gained recognition from the Northern Province to Cape Town as one of South Africa’s leading manufacturer and supplier of high-quality water storage tanks.