Copy the snippet below and paste it in between the tags of the “Order Received” page, right after the global site tag
086 100 1010 sales@aquadam.co.za
0 Items 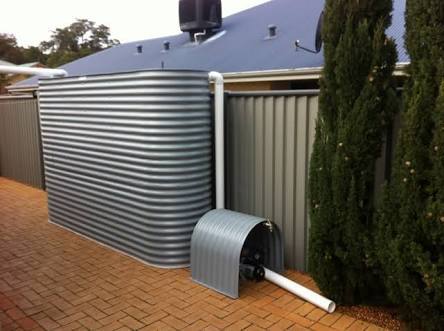 In common with most countries around the world, we have been experiencing first-hand the reality of climate change. This has ranged from 2018’s devastating drought in the Western Cape to 2019’s torrential rains and flooding in KwaZulu-Natal. On balance, however, given that much of the country is semi-arid, it is drought rather than flooding that poses the greater threat to life and lifestyles. Municipal treatment plants are doing what they can to relieve some of the pressure on the nation’s water reserves. However, collecting treated rainwater and wastewater in tanks is something that many more consumers in South Africa may need to consider as part of a concerted conservation strategy.

It is not clear at what point demand may have first exceeded supply, but that it continues to do so is clear from the measures already in place. The imbalance was first addressed formally during the late 19th century with the establishment of the first municipal treatment plants in the UK and USA. Since then, they have become a feature of cities and towns throughout most of the world. That it recently became necessary to establish a desalination plant – more often associated with the desert nations of the Middle East – to meet the needs of consumers in the Mother City, should be seen as a wake-up call. Existing treatment plants cannot cope and conservation measures such as recycling and installing water tanks are essential to maintain adequate reserves in South Africa.

Currently, every drop of water that we discard, whether via the kitchen sink, washing machine, dishwasher, bath, or toilet, will find its way into the sewer system and, from there, it travels to one of the nation’s treatment plants. In order to render it fit for drinking, it must then be subjected to a sequence of physical, biological and chemical processes before finally being returned to the taps of consumers. Even that which falls as rain and is directed from roofs into drains undergoes the same treatment. In practice, at least the rainwater could be conserved in water tanks for direct use, relieving pressure on potable supplies in South Africa.

While savings by those homeowners who wish to harvest rainwater are certainly important, conservative efforts on the part of agriculture and other industrial and commercial users are certain to have a much greater impact than those of the domestic consumer. However, whether for domestic or industrial use, the storage vessels used must be designed to resist the effects of the elements while also preserving the condition of the contents. To meet these requirements, Aquadam produces a comprehensive range of water tanks for sale in South Africa. Those available include coated-steel models and concrete reservoirs and with more than 400 sizes to choose from, users should be able to find a product to deal with just about any contingency.

Under our Smart Tank brand, we produce a range of coated, corrugated-steel models in a variety of colours. They are designed with quality, rigidity, and mechanical strength in mind to ensure they are able to stand up to the most extreme climatic conditions. The Extreme range provides the end user with bespoke tanks fully customised for water storage, while the Express range may be purchased in standard sizes from local distributors around South Africa.

Engineered to the highest standards, these panel-type reservoirs offer a cost-effective product that is stronger than galvanised units and has been designed to provide a lifespan for more than half a century.

Despite their exceptional strength, they are supplied in a flat pack form and are easily transportable. Once on site, their modular construction makes for easy assembly and, once bolted together, these tough and practical water tanks require little maintenance – another reason why these Aquadam products have become so popular in South Africa.